Non-English as a Source Language

Workflow for use cases with non-English as a source language and multiple target languages.

Written by Panagiotis Kavrakis
Updated over a week ago

Let's take a look at two cases where English is not a source language:

There are a few possible workflows for such cases.

Working on a single project

Translators working from non-perfect “developer” English or non-English source into English can use the feature of viewing the source strings in a different language.

1. Non-English source content: You need to translate from Chinese into English and French. 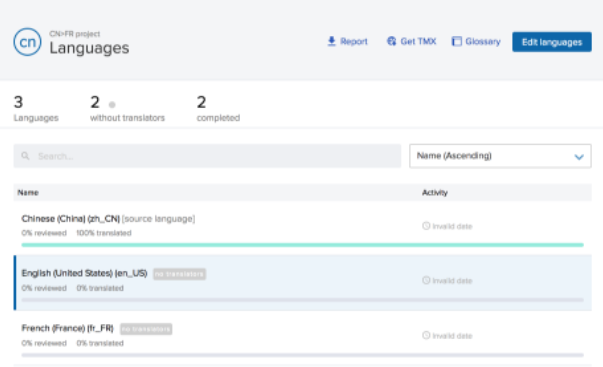 1. A Chinese-English translator enters the Editor and translates the content from Chinese (China) to English (United States). So you have the Chinese (source) and English files. 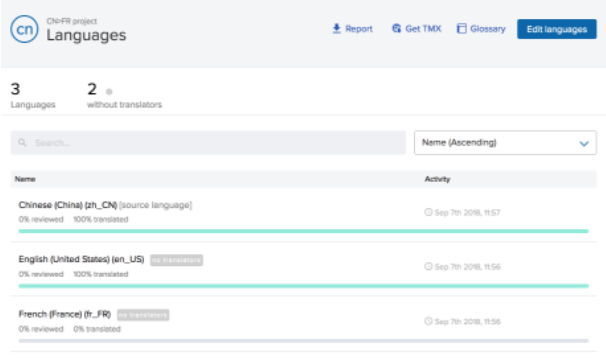 2. Now your French-English translator enters the Editor and sees the file in Chinese (the source language). He/she would need to click on the gear icon, as explained here, and choose English from the drop-down menu

and see the English translation displayed as the main source text (with the initial source text in Chinese still displaying, in case a translator does know Chinese and can double-check with the original source):

3. Once this is done, you will have all your languages in the project completed: 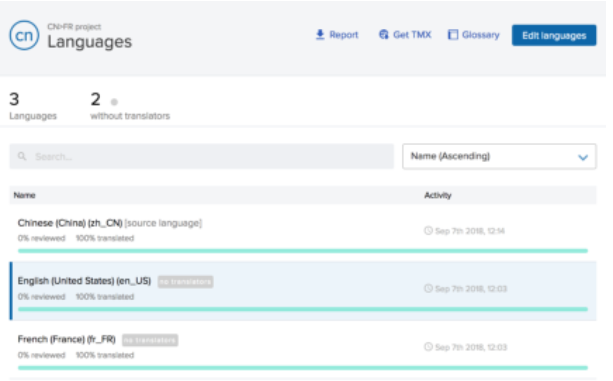 2. “Developer” English source: You need to translate from non-perfect English into proper English and then into French. 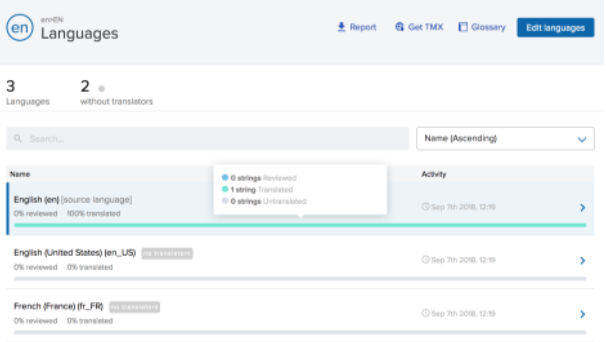 The steps will be exactly the same as in the example above. Please note:

Getting started as a Localization Manager

Getting started as a Linguist

Getting started with Transifex Native