Delete unneeded or unwanted suggestions from your Translation Memory.

Written by Jacob
Updated over a week ago

When you no longer want a translation to show up as a suggestion and be populated by TM when 100% similarity matches are detected — for example, when a word or phrase is poorly translated or your brand changes — you can remove it from your project's TM. There are a few ways to clean your Translation Memory.

Deleting TM entries through the Editor

To delete a TM entry inside the Editor:

Another way to delete a TM entry is from your project settings. There, you'll be able to search for a term in your source language and see every source string that contains that term along with the corresponding translation.

Clean up your TM in bulk

In some cases, you might want to do a bulk cleanup of your Translation Memory instead of just removing a few suggestions. We allow you do this by overwriting your project TM with contents from a TMX file that you upload.

To clean up your TM: 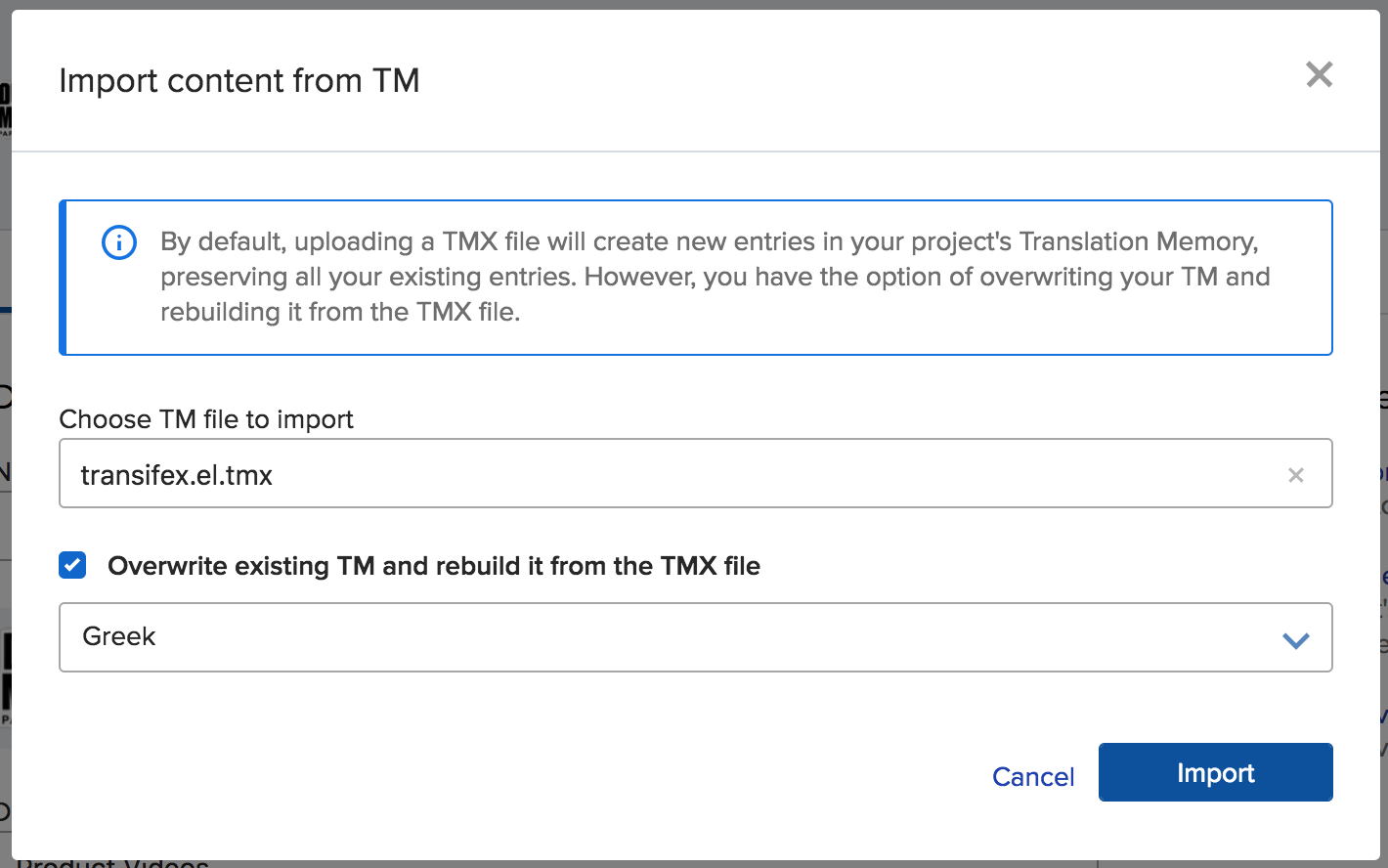 There are a few things to note:

What happens when you remove TM entries

When you remove suggestions from your TM, already translated strings will not be affected; they'll remain translated.

In Transifex, each project has its own TM, so if your project is part of a Translation Memory group, removing TM entries from one project will not affect the TM entries of other projects belonging to the same group.

To give an example, let's say projects "A" and "B" belong to the same TM group and their TM contain the following TM suggestions:

TM of Project A:

TM of project B:

After removing the TM entries from project B, then: